I’m in the process of performing the 60K maintenance on my Stealth RT TT and would first like to thank Joe for the videos he has put up covering this. Now, when I pulled the plenum to remove the rear spark plugs I found a turbo air line going to the back of the plenum. It has a metal gasket on it, that I dropped and spent half an hour fishing for, but I’m wondering if those gaskets are reusable? My shop manual doesn’t say to replace them but doesn’t specifically say they are reusable. Can anyone give me a little info on these? Thanks.

Do you have a picture? I can’t think of anything that matches that description. 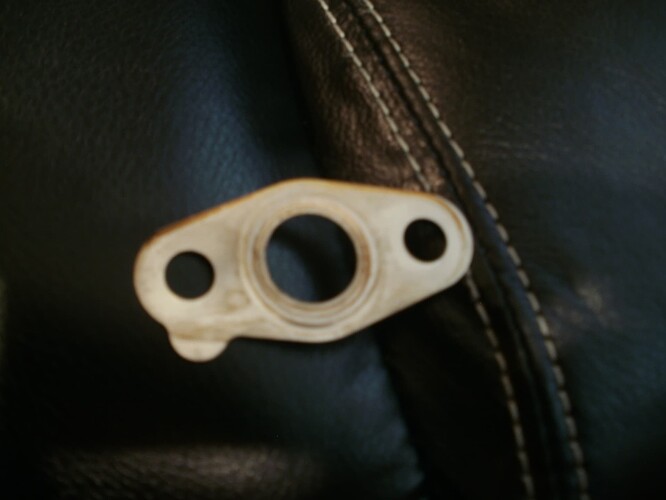 P82500091920×1440 180 KB
Here are some pictures of the seal and where it goes. You can see in P8250009 the air line that comes from one of the turbo’s to the back of the plenum chamber. The other picture is the metal seal itself. I know it is metal because I dropped it and managed to fish it out with a magnet.

One other question, I found it easier to remove the plenum after disconnecting the throttle body assembly. I did this because on the twin turbo version there are way too many vacuum lines to comfortably move it far enough out of the way and the throttle body comes off with 4 bolts. My question is do I need to replace the gasket between the plenum and throttle body or am I safe to reuse it?

Thanks for getting back to me and helping me out. I just finished the timing on my stealth and it didn’t go as smoothly for me as it did in your video but I wouldn’t even have tried it without your video’s.

Is that not the line that goes to the egr valve???

You are correct, I finally found it in the shop manual. But nothing tells me if the seal on it is reusable or has to be replaced.

I am sure that any professional mechanic would tell you to always replace the gasket but I have never replaced the back one because it goes between two machined surfaces and is not likely to leak even if you reuse the gasket.
The one on the throttle body, I only replace if the black coating is damaged.
I never had a problem with this method but maybe others have.

Thanks for the information Joe. I don’t have a problem reusing the two in question and if I need to replace them later they are both fairly easy to get to. It’s not like the water pump or the intake gaskets, those are way more of a challenge.

I finished up the timing belt today and only have the plenum to put back on after the spark plugs. I’ll post a few ideas for anyone doing this job on a twin turbo model as it has a few more items to remove than the non-turbo does, so I found out while in the process. But thanks again for doing the videos, I found them more than helpful while working on my car. Terry G