This is a really strange one i’m experiencing with the handbrake.

When I first got the car, the handbrake didn’t work at all as in it wouldn’t hold the car.
I attempted to tighten the handbrake firstly at the centre console, and then at the adjuster screw at each wheel which didn’t solve the issue, so I replaced the shoes.

The handbrake now holds the car, but there is some slack in the brake itself which is kind of hard to explain.

With the back of the car up on stands, if I engage the handbrake firmly, i’m able to rotate each rear wheel forwards but not backwards by about 10 degrees, if I let go they spring back to their original position. The wheels are locked solid if i try to turn them backwards.

With the car on all four wheels, this manifests as the car lurching forwards by about a foot when the handbrake is first engaged facing downhill, after which it is held solid.

I can’t really see anything obviously wrong with the arrangement of the brake shoes and springs, I only replaced the shoes themselves and re-used all the other parts.
Its probably the case that i’ve put something back wrong, I wasn’t able to find any diagram that shows how things are supposed to be arranged.

Has anyone else experienced this?

Try to remove your center console down to the handbrake brackets and see if your bolts have torn loose like mine did…
My handbrake was behaving really strange with the brackets lifting up when I pulled the handbrake…
It is a really simple fix/wieldjob incase you have the same issue. 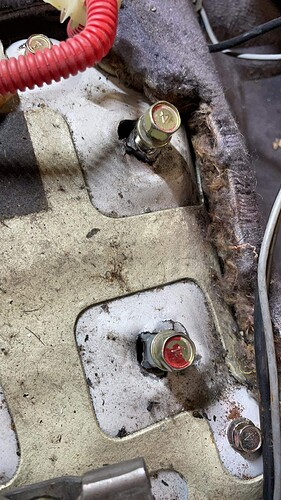 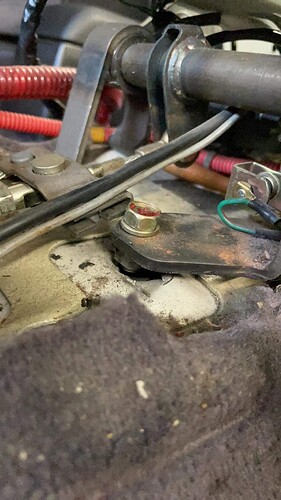 Thanks i’ll check this tomorrow

Hand brake setting up and 3-5 notches

Whenever I would put my e brake up the car would move forward a bit and then come to a stop. I noticed after replacing all my rotors and pads that my car doesnt move at all anymore after putting the e brake up.

Thanks for the suggestions guys,

The handbrake now bites hard after about 6-7 clicks, but the original problem still remains, i’ve made a (bad) video to show exactly what’s happening. 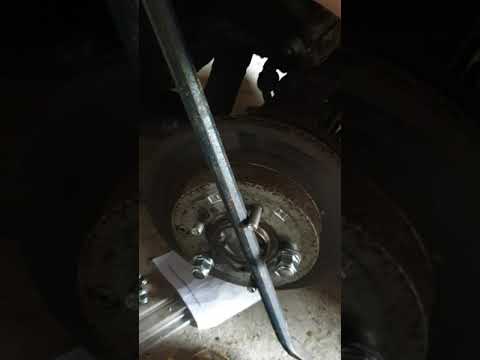 The wheel shown is the drivers side.

I’m not even sure if this is normal behaviour but the car did fail its MOT because of this, the tester said there shouldn’t be any movement whatsoever.

Have you inspected the shoes? Maybe they are fitted incorrectly.
Enda

This is how they’re set up now: 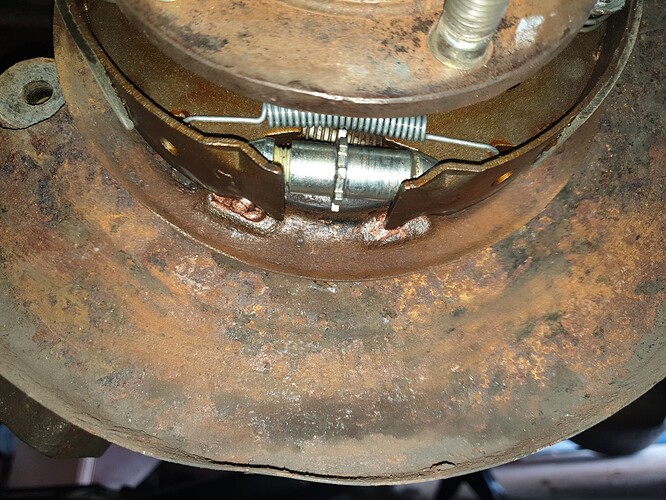 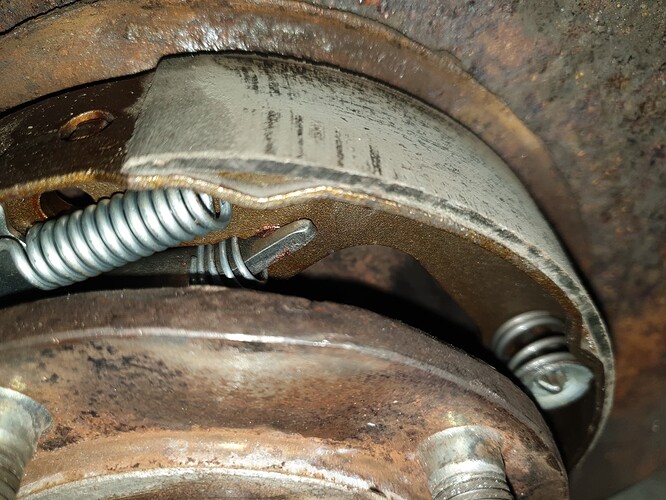 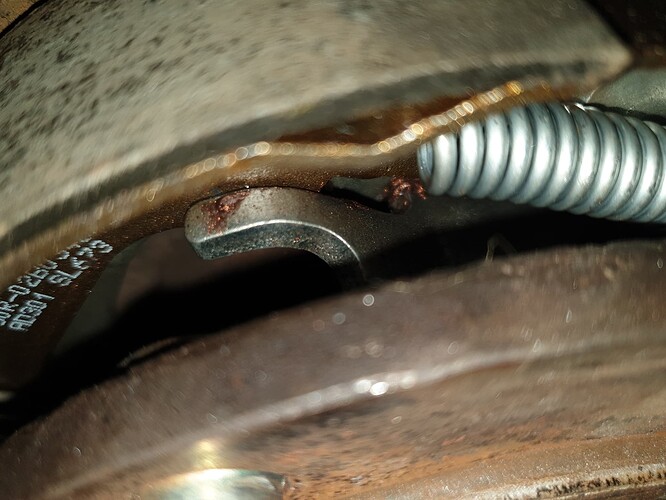 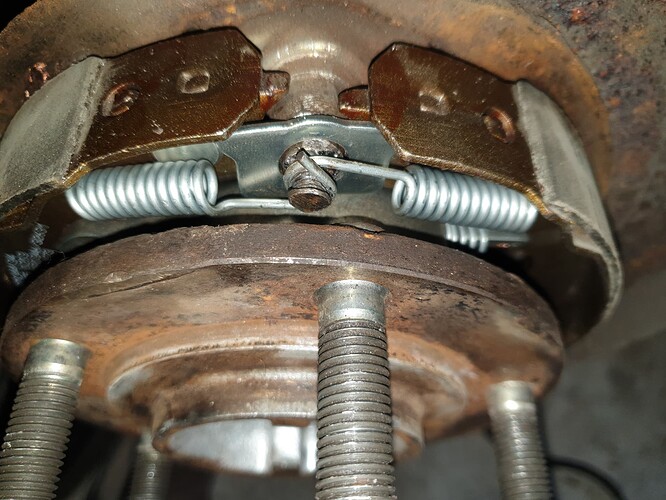 I notice it springs back after releasing the bar so it suggests the springs are involved or the locator “Knobs” that the shoe ends sit against might be worn.If I recall there is a bit of play on my handbrake in one direction but it passed the MOT. looking at your last pic … the shoe ends might be sliding up and down on the “knob” but they should only be pivoting at that point and not sliding … if that makes sense ? . The springs won’t be able to stop this. I think if you can somehow take up the slack by beefing up the “knob” there will be alot less excess play … ooh err missus

Hmm, are they supposed to pivot at the top? if I pull the brake with the drum off, the ends of both shoes come apart from the top locator and seem to use the bottom adjuster as the pivot.

Thanks btw you can probably tell how little I know

I hope it’s not the top bit thats broke as it looks to be part of the backing plate which seems impossible to find for sale.

My memory is fading. Yep pivots at the bottom and expands at the top. I’m wondering if there is any movement up or down at those points.