Hello all my name is: Del
I have a: (GTO, TT mk1
It has the following issue: rev counter not working? what is required to fix?

PTU is a common cause. Joe mentioned a few possible causes in a recent post: Twin turbo advice - #2 by Joe90

Depends on how it’s not working.

Kinda working, but jumpy or reading much lower than it should? Replace the 2 10uF 25v electrolytic capacitors on the circuit board behind the tachometer.

Not working at all? Could be the capacitors, and/or damage to the circuit board caused by corrosion from leaked capacitor fluid. Also possibly the PTU, or the “tach” wire/connections between the PTU and the gauge cluster.

Thanks Matt, I am in the process of ordering one of Joe

Did you solve this issue?? My rev counter is working, but as UselessPickles said, reading much lower and does not follow the engine rpm´s in reading

Ah well, I am going to try and change my PTU as that is one of the easiest things to try and solve it… Hopefully it is just there

Had the same with my rev counter. Was reading very low until eventually completely stopped working. Decided to go straight to changing capacitors on its board. Fixed the issue.

If you decide to go down that route - be careful when opening the cluster case - the clips are very brittle, do it slowly, take your time.

Do you have to remove the entire dash to get the cluster out???

I just changed my PTU and while I was at it did the plugs and leads also (that job is absolutely no fun) but the same error persists, so it can only be those capacitors

I can remember that Joe had a video where he removed that cluster, but I simply cannot remember which video it was

But no need to unbolt the steering colum.

Simply put, lower the steering wheel to the lowest position. Unscrew two screws at the top of the surround, pry it with a plastic tool (or something soft) starting from the sides, it’ll pop out, reach out to the connectors on the sides - unplug them and wiggle the surrounding out (a bit of a puzzle but it’ll come out, turning a bit the steering wheel may help to create the right gaps). You’ll see the cluster - a few screws to undo and finally pull it slightly it’ll disconnect from the connectors on its back, and,as with the surround, wiggle it then out.

When opening the cluster you’ll find that the rest knob for the milage counter will be in the way - just pull it firmly with your hand, it’ll get unclipped and will come out. 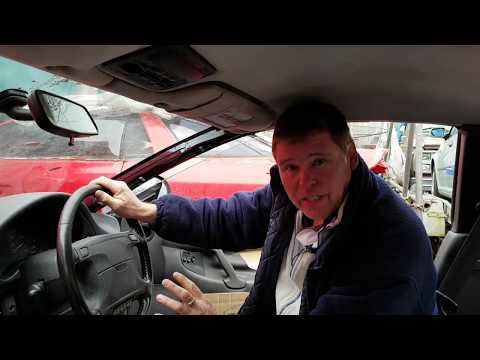 Thank you very much

Again a small question just so I dont go pulling anything apart that is not needed… Where on the cluster are those electrolytic capacitors positioned??? The more info I get, the easier I hope it will be for me

Is that your cluster?
Not sure what that mod is that’s been done to it ( kph to mph maybe) I’d imagine that the red lug on the right hand side would definitely be stopping the socket/connector from setting properly.

No no, that is just a cluster taken from google… I wanted to see how it looks behind so I know what I am pulling apart

So this is a bit of a sandwich - the clear goes into the black and the black goes into the white. So you’ll need to unclip both. Just pry gently one by one going in circle whilst pullung the covers, maybe a drop of a lub in each location would be of help. I nonetheless broke one back one. Be prepared

You’ll then see the gauges assemblies - speed and tach. On the back of the cluster undo the bolts that hold the tach in place (and act as conductors). Once the bolts are undone - you can lift and remove the tach assembly.

And this is where the fun starts. You’ll see on the back of the tach assembly a cirquit board. On it you’ll see two capacitors. Now, removing the board to get clear access for desoldering - hm… I looked at it and opted out. Now two options - to desolder right in there using a suction gun or grab the capacitors with tweezers and wiggle out while heating the soldering points. By some reason (guess due to the solder being old) the suction gun did not work as well as it works on a fresh solderwork, so I ended up just cutting the caps off with slim side cutters and desolder the remainders on their legs, cleaning up the holes with the suction gun afterwards. Once all that clear - just wiggle new capacitors (mind polarity!) in and solder on.

I had a thought about taking photos of the process, why I did not do that, damn!

Ah yeah, darnit that you did not take pictures of the process… They would have been pure gold to have, but atleast that did explain alot of it so I can be a bit prepared for what to encounter… I really dont want to go and break something that cannot be repaired again

The suction gun will work better if you freshen up the old solder, i.e., resolder the old components before removing.

Guys, I really need help… How do I get under here?? The needle is preventing me from getting under here, and I dont want to pull on anything before asking… Im presuming it is those 2 sticking out there that needs to be changed???