New here, but far from new to the platform

How goes it everyone? I finally decided to sign up here after watching a few of Joe’s videos.

Semi-quick history. I’ve been a 3s owner for 21 years now. I bought my 94 Stealth base in August of 2002. In November of the same year I hit a deer causing a few thousand in damage. A week later I got ran off the road causing another 1500 in damage. I took that money and did was any other 21 year old would do at the time and bought a fiberglass body kit…

The following year I spun out (wet roads, tire that went flat, and entering a curve way too fast) and tapped a guard rail messing up the front bumper. Two months later I ran over a dead deer that had just gotten hit and it pretty much ripped the front bumper off. By this point I had found some forums and better options, so I started acquiring OEM body pieces. Got 99 front, 1g 3000GT side skirts, 1G 3000GT rear bumper, 96 Stealth replica wing. My dad painted it for me in World Rally Blue Pearl.

Through a combination of daily driver wear and tear, and destroying more than one transmission over the next 6 years it got parked to wait on time and money to fix it how I wanted. A move (and loss of garage) and life got in the way several times and when I finally was ready to finish it I ran into a rotted floor pan from a leaky aftermarket sunroof.

That led to me acquiring a 91 SL shell. I started over and redid everything. It currently has the SOHC engine from my 94 (that is actually out of a 98 that I got when something let go in the original SOHC at 150k) The interior is true black leather from a 97 base 3000GT. The entire suspension has had new bushings installed. It rides on Megan Racing coilovers that came from my 94 (that I installed in 07.) I have 99 front, 1g Stealth RT sideskirts and door panel, 2g 3000GT rear bumper, Cianci Victory hood, Cianci wide body front and rear fenders, and Konig Villain wheels with 275/40/17 tires. I finished it in the same WRB Pearl that my 94 was done in.

I’ve obviously left a ton of details out. There is still more to come on this car too. Got a big project in the works that I am hoping to complete over the winter.

Now the reason everyone is here. The pics 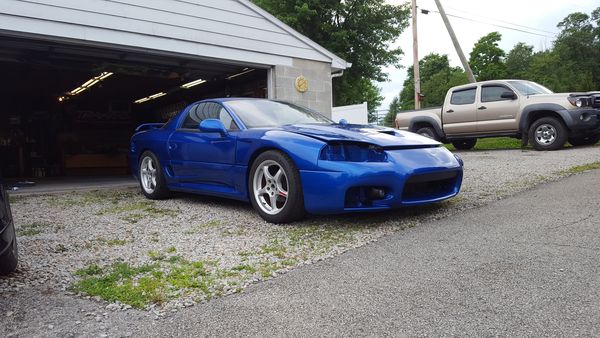 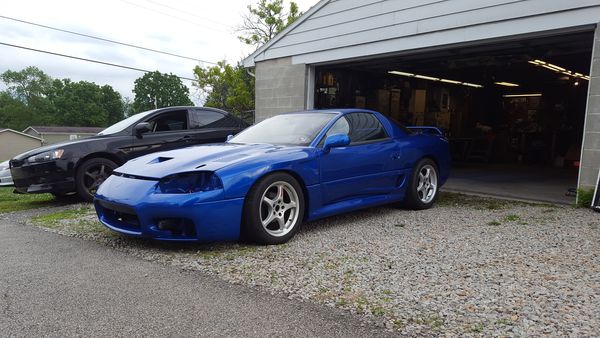 And a few more after it was back together 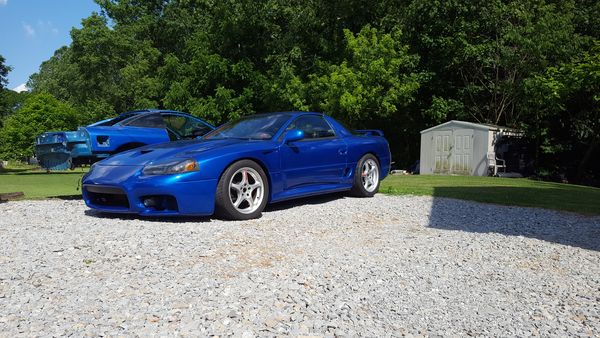 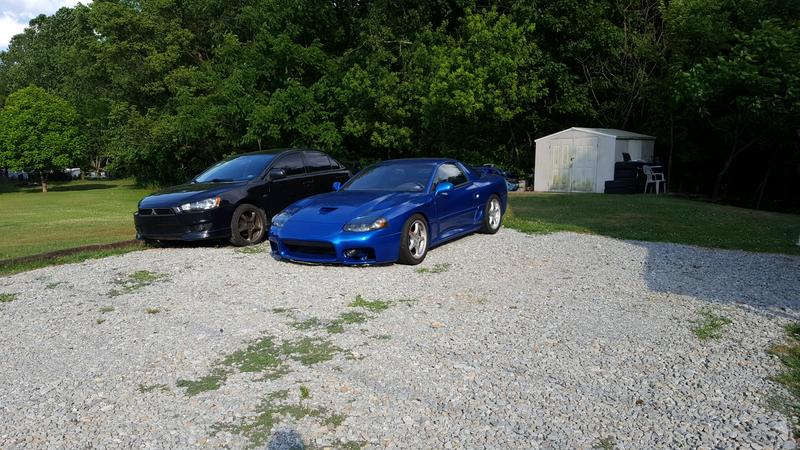 Oh, and it’s not the best pic, but here is an engine bay shot 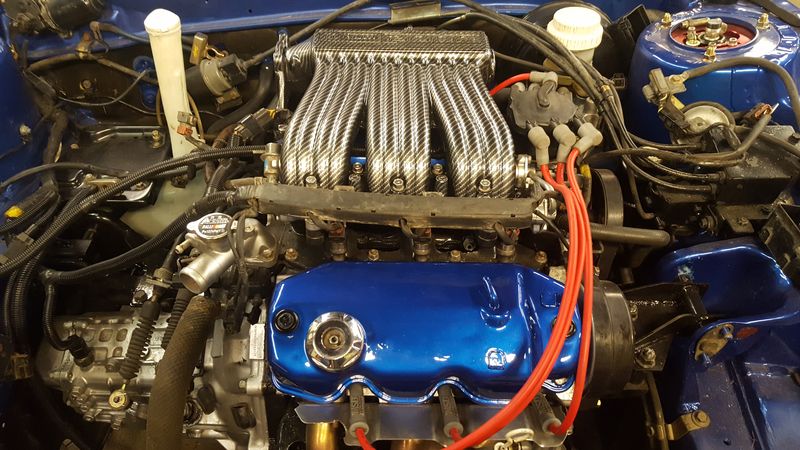 Hi and welcome, that’s a beautiful car , really like the front end and the wheels look good and she sits perfectly . Fair play on not giving up on her and completing after all these years.
Enda

Welcome to the forum Brian and thanks for the in depth write up on the history of the car. It is good to see that you stuck with it. Hope to hear more from you.

Welcome to the forum Brian.

Thanks guys. I was hoping to have better pics by this point, but I had a lot of things happen over the last year, including 5th gear backing off and causing a breakage of the transmission (within hours after hitting a deer and totaling my Lancer) and the car sat for several months til I had the time and weather to get it fixed. I’ve just tried gathering more finishing touches and just driving and enjoying it as I could.

The next stage is hopefully happening over the winter. I’ve spent about $1100 in the past 4 weeks acquiring parts and started mocking some things up. Should get some things in by the end of this week, which I’ll then have to drop off to a friend to get modified, and then start the tear down.

It’s going to be expensive, but fun.

Nice color! If you did the paint, kudos! You’ve had three lifetimes worth of damage to your car… and apparently have emerged healthy enough to continue where you left off. Thanks for sharing!

Thank you. Yes, I painted it myself. Its the first time I ever painted a car too. I had been around it some as a kid because my dad used to do paint and body on the side, but I never grabbed a paint gun myself. All I did was watch lots of videos and do research. In the end it came down to feel.

To put it in perspective my cousin decided he wanted to paint his car shortly afterward. He also had no experience and asked me if I would be there with him in case he ran into any issues. I of course obliged and was next to him the whole time, kicking him a few times when I saw him get too close, too far away, or move too fast. When it came time to clear no matter how I adjusted the gun the pattern wasn’t right. I finally got annoyed and walked over to the car and started spraying and just wiggled my wrist differently and it looked great. Showed him what I was doing and let him finish it.