Hello to ALL, Just wanted to start this discussion in regard to vapor blasting and engine coatings and if there are GTO enthusiasts out there that are familiar with this process and and if anyone has done this at home as a DIY project. Would appreciate all the feedback and opinions.
Cheers

I’ve been looking at this video, looks easy enough, I kind of like the Wrinkle Paint effect,
I might give this ago at some stage, If it doesn’t work out, i’ll just get it blasted off again. 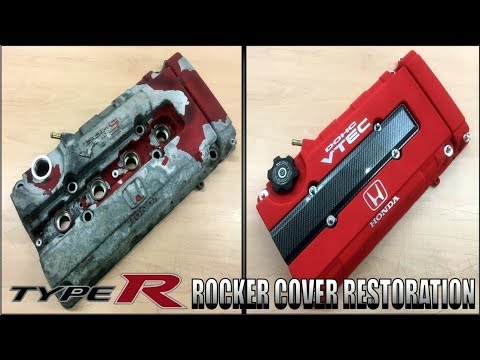 The cover has a complex breather system on the inside and its possible for bits of shot to remain in there. An alternative was to cut the breather open and seal it up after but i didnt want to alter anything

There is another method using water soluble beads but it required the breather to be full free of oil or it would contaminate the tank and increase the cost. 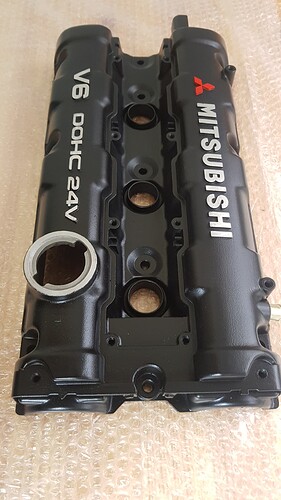 Thanks for all for that feedback and nice pictures, if there is more please share.
Now going into depth for my reason of inquiry; Not sure if you guys and gals know about ceramic coating but here is a picture to what I have done. The valve covers, including the plenum with the factory IC piping and the after market Y-pipe has all been done in ceramics. Ceramics which is a thin film spray on material that can withstand very high temperatures from 250 F min to 2000 F max depending on the colors you choose, before it decides to disintegrate in time like any other spray- on material such as wrinkle paint which is acrylic or enamel, powder coat, and perhaps even anodizing. All these color pigments WILL come off or chip in time due to heat and exposure to ambient temperatures not mentioning , the accidental spill of cleaning solvents and petroleum products. And the best part of applying this thin indestructible layer of ceramics is that it is only required to coat the substrate with 1 to 2 mm layer of coating so nothing needs to be covered like bolt hole threads for example.Yes all that I ceramic coated had to be thoroughly cleaned with acetone and then blasted then cleaned again, then heated in the oven, then sprayed with ceramics and then cured in the oven. Not an easy job but one thing for sure this coating if applied right by the manufactures guidelines will last a thousand years. Also there is a certain science about this which I have discovered during experimentation. The ceramic thin film coating also acts like an insulator keeping the heat/cold in, meaning, if this is used on the exhaust system piping the engine bay temperatures will be far less and if used on the TT model IC piping will keep the IAT’s fairly cool that we all know how hot the engine bay gets even if you have installed an after market hood louver, so all that bling! bling! aftermarket polished aluminum IC piping really does not do any justice but only for looks!!

So what do you guys and gals think about this? all feedback and opinions are appreciated. Oh yes, why i choose white? I had a gazzillion colors in my head, but eventually landed up with white and that too, the whitest of white out there in ceramics called (storm trooper white), Looks clean and acts like a base for other bling bling colors under the hood. Question is, white gets dirty quickly but then again perhaps dust from the air and nothing else will actually cling on and discolor it since ceramics like I mentioned has chemical resistant properties so I just take a clean micro fiber cloth and acetone and wipe the dirt or dust off or any chemical spills ( yes even brake fluid or heavy duty engine de-greaser that notoriously eats away metal let alone color pigments) and its back to its original shine as simple as that. 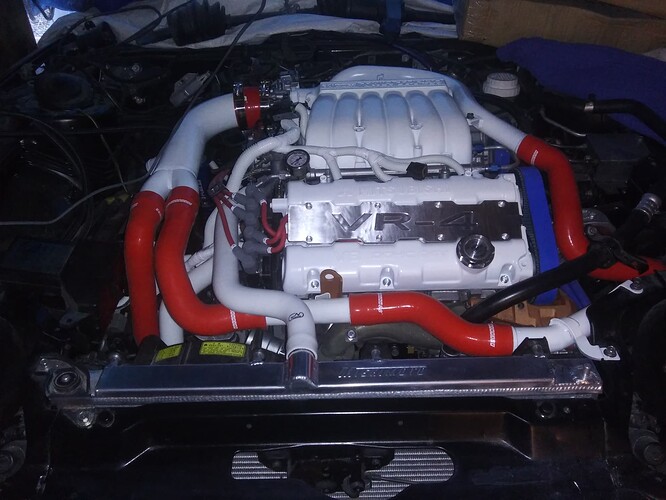 Never knew thats how the inside worked with the breather system. I have seen on throttls youtube channel when they did a vr4 build they did use paint stripper I think aircraft remover something similar to that. It did a good job.

Cool. I can imagine it is future proofed and handles extreme heat better with it being ceramic coated.

I am curious about the net weight side by side with aluminium or other after market materials.

Looks great but not sure about shot blasting aluminum, never done it, was under the impression that shot blasting is for iron or steel to make the material a bit stronger such as con rods or the block. As for paint stripper, have to be careful with that, it has the acid properties that can eat away aluminum, if you had it under a microscope!!

many people complain about cracks overtime on these aluminum valve covers but then again i would say 99% of the kids use acrylic or enamel paint and then paint stripper is inevitably used time and time again. My covers were all original including that fancy wrinkle paint that half of it was coming off after 30 plus years. I did not use any kind of chemicals for cleaning or stripping that awful looking wrinkle paint from the front bank cover, all I did was the following; a large metal bin with a solution of water and purple engine de- greaser and boiled it for about two hours. All the grease, dirt and some paint came off and then it was placed in my vapor blast cabinet and blasted to bare aluminum using fine mesh glass beads. After it was done the covers looked better then brand new. Was going to leave it that way then again aluminum tarnishes in time even if it is polished, so I decided to blast it again this time using aluminum oxide as a requirement for ceramic coating. If I want to change the color all I have to do is take them off, hot tanked again to remove all the oil residue then back into my cabinet and abrasive blasted entirely removing the old ceramics and then prepped and ready for a new color and all this done in about 3 hours or less.

Yes that is my goal is to keep this GTO in mint condition and free from corrosion for a thousand years!!

using ceramic coatings wherever possible. The engine is almost ready for start up after three years of work done on it. Just hope it does not blow up and take down half the neighborhood!!!

Sorry I did not understand what you meant by net weight, can you please explain?

Over here, Soda blasting has replaced sand blasting on porous metals such as Aluminium, Copper etc. It is a lot less abrasive on the Metal surface. I definitely would not recommend sand blasting any engine part. But vapour blasting would also work. Nice job on the cover
Import_GTO

I am a freak when it comes to weight reduction. I put my stock Z16A on a tow truck and the driver told me it is a very heavy car for its size. (unsure of car’s total weight) So I am trying to reduce some of it where I can.

Ceramic coating I have never dealt with before. Was curious to see how much weight a ceramic coat might add to existing housing.

It probably adds very little if it is just a coating? Will add a little flexibility too. It’s nice to see some different approaches.

Hi yes there are many types of abrasives that can be used from the traditional sand. For vapor honing which has many other names I use fine mesh glass beads and the beads used with water in a slurry mix at 60psi really does get the job done quick. I started this thread simply because i wanted to know everyone’s opinions on ceramic coating in particular and vapor blasting. Also wanted some feedback on the prices that shops in the UK or any where else in Europe would charge for such services. I am going to make a few more videos on the process of vapor honing for my channel on YT. I have already made a few when I was doing the front valve cover with ceramics, you guys can check it out if interested, should be posted on TAHOE MK1 on YouTube.
Ceramic coating has been around for a very long time and used in the aviation industry but now automotive enthusiasts like us are using it on our builds. As explained earlier ceramics is almost indestructible and will not fade or chip away due to weather elements, heat, or chemical spills and you have the option to choose from many exotic colors listed on the website CERAKOTE. I am currently doing the entire front suspension. The knuckles have been done in white, calipers shall be done in purple, front control arms done in black after I have changed out all the bushings and wheel hub bearings done in black. All this ceramics will prohibit any corrosion build up such as rust on these suspension components.

CERAKOTE is the website and this is the company I buy all my colors. Some call it cerakoting which is incorrect since there is no such term is it short for ceramic coating and a few videos on youtube. The ceramic material was first used in the aviation industry and still is and for commercial use, but over the years race car builders were trying to figure out how to control the excessive heat build up within their engines so ceramics was being used only on the exhaust system and now its being used not only for heat but in particular as an anti- corrosion material. This is a spray on coating just like any other paint so the question of weight increase on each component does not arise.

It is funny you should say that, it was not their ( Mitsubishi ) intent to make the first GTO a race car and weight reduction was not on their minds one would think, it was all about the bells and whistles of technology to get big bucks in their little pockets, but that all changed when other competing manufactures started to think about weight reduction ( for example, one of the cars I had owned before, The infamous Nissan NSX ) which translated to performance and speed. I find it hilarious to see people do stuff to this car in particular just to reduce weight. If you really want to make your car fast then look at the very culprit that holds 70% of the weight the chassis, and there are some that have actually considered a complete fabrication to the chassis using feather weight aircraft titanium imagine that!!!

Some pics of ceramic coated calipers and knuckle, more suspension parts to be coated in the next few days. 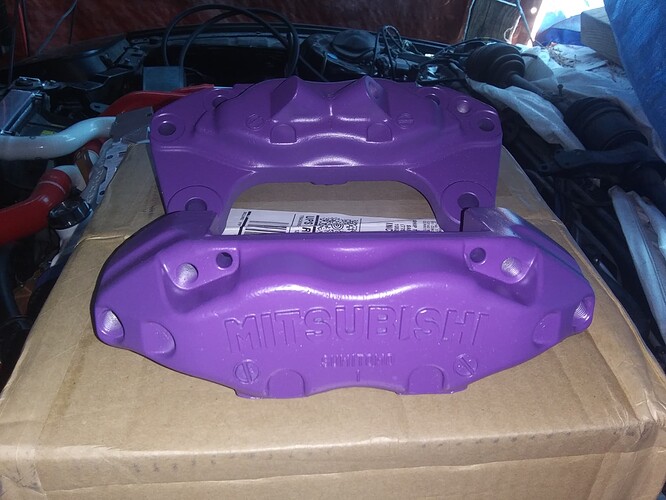 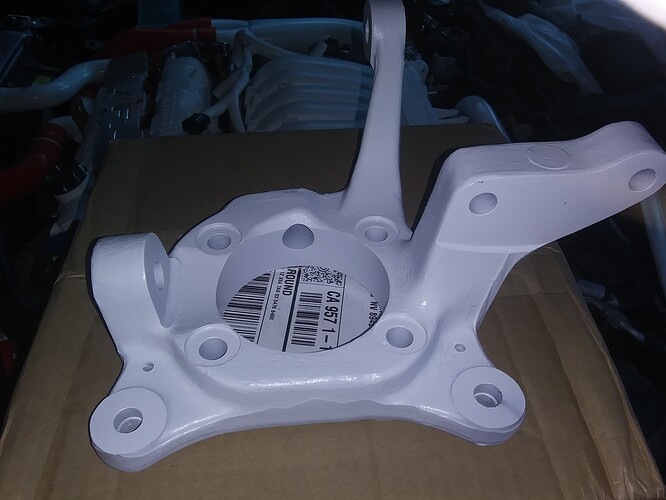 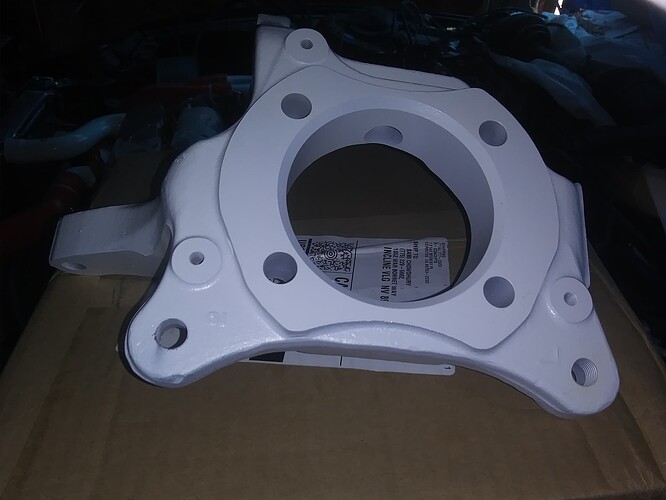 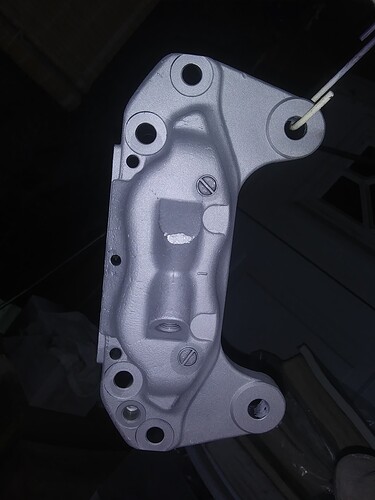 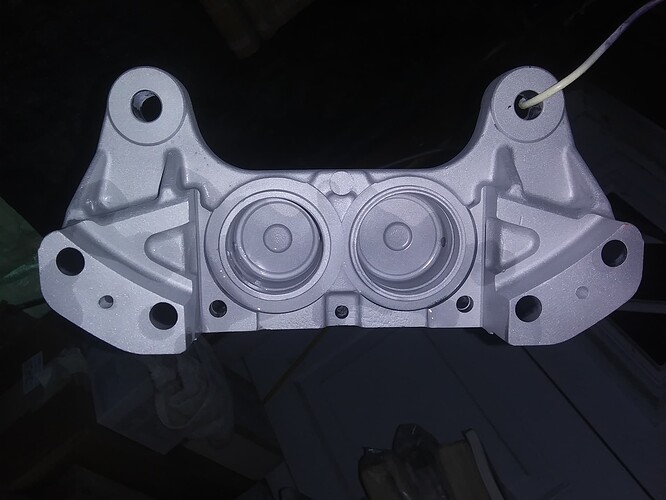 Yea, I like the finish on them. You will have to upload when they are sat in the engine bay.

Yea with 4WD and 4WS I guess the weight can even be an advantage on cornering?

Every kilogram counts and there are many things to consider. I don’t want to mess around with the exterior too much. If I can preserve or keep stock parts I will as much as possible.