In case you haven’t seen/heard yet, there is now a 3000GT Hot Wheels car. It’s new for 2021 as part of their Car Culture Modern Classics line (a premium line of cars with extra detailed castings, metal body + base, rubber tires). 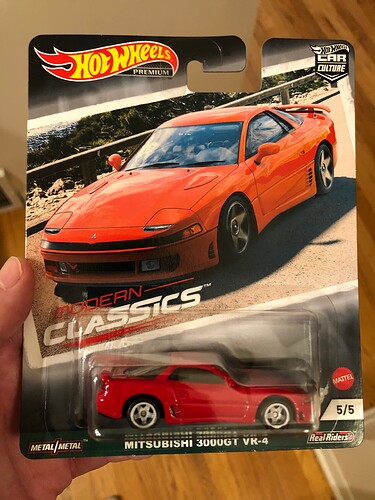 I was disappointed by the wheels they chose to include on the car. They are Ferrari F40 wheels, and nowhere close to matching the OEM wheels for a 91-93 3000GT VR4. So I decided to fix it with some better wheels I found on eBay from a seller named “titaniumplate” from Malaysia: And my 93 VR4 with OEM chrome wheels for comparison: 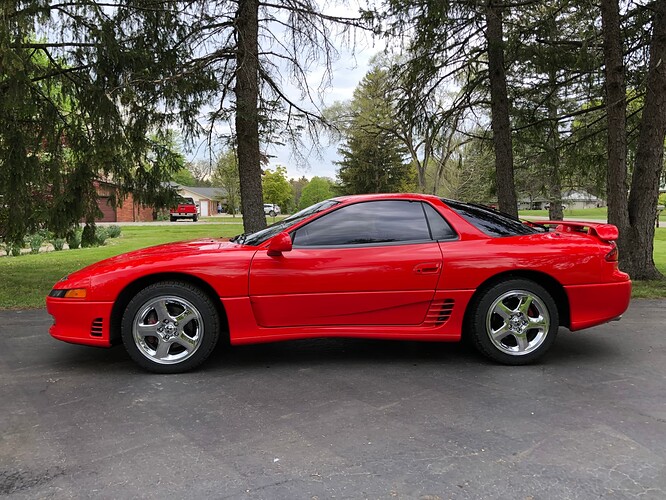 I also painted some details on the bottom of the car (original on left, progression of painting): 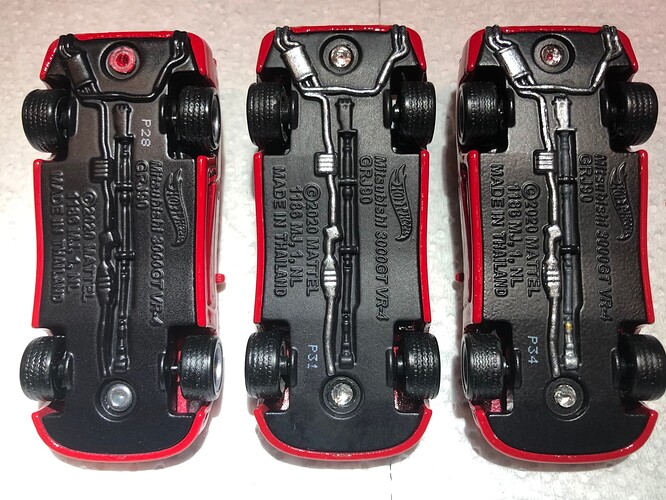 I even painted the “bell” at the end of the the transfer case; 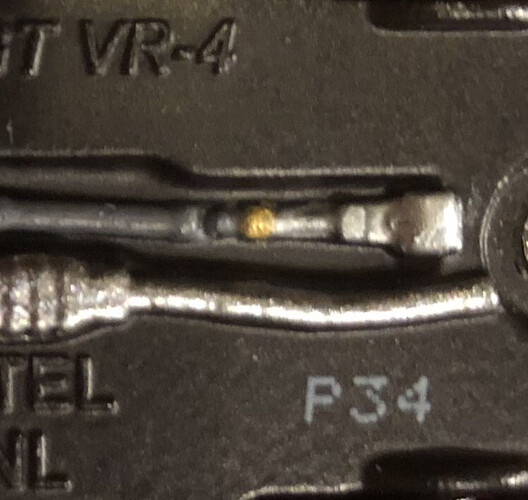 There’s plenty of articles/videos out there about how to disassemble and reassemble Hot Wheels, so I won’t go into full detail of tips and exact techniques, but I’ll give an overview of what’s involved.

First step is to drill off the “rivets” (which are really just the ends of posts that have been “mushroomed”) that secure the body to the base. This requires a 1/8" drill bit, gentle pressure, patience, and frequent checking. 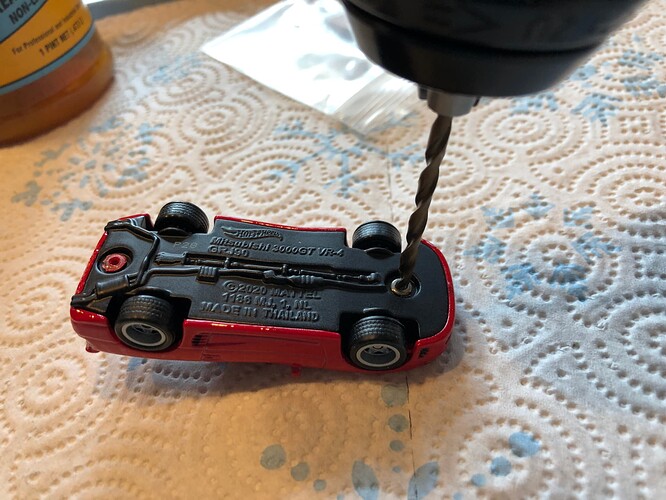 (NOTE: Don’t actually drill down into the car like the picture. I found it best to stand the drill up and hold the car in my other hand to gently press against the spinning drill bit). (NOTE: I pulled the rubber tires off to avoid possibly damaging them and give me better access through the wheel well to gently pry the base away from the body with pick tool)

Base separated from the body:

The interior and windshield just fall right out of the body: 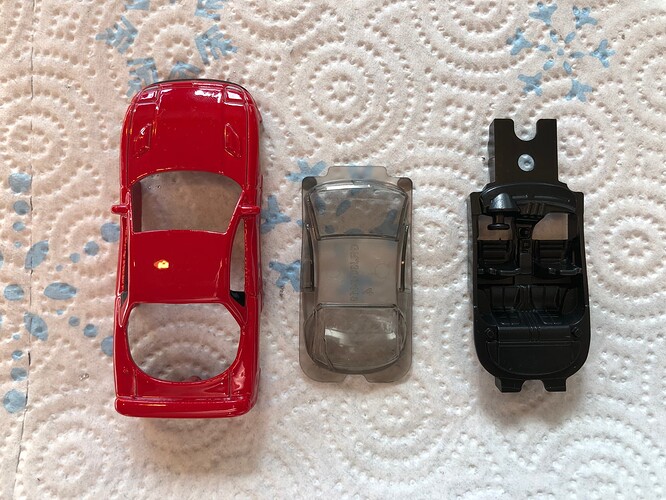 We need a way to put the car back together. Some people will just superglue the body posts to the base when reassembling, but I went the more professional and reusable approach of drilling/tapping threaded holes to bolt it back together.

Drill holes in the posts with a 1/16" drill bit (I used some cutting oil to lubricate the bit, checked frequently for depth of hole): 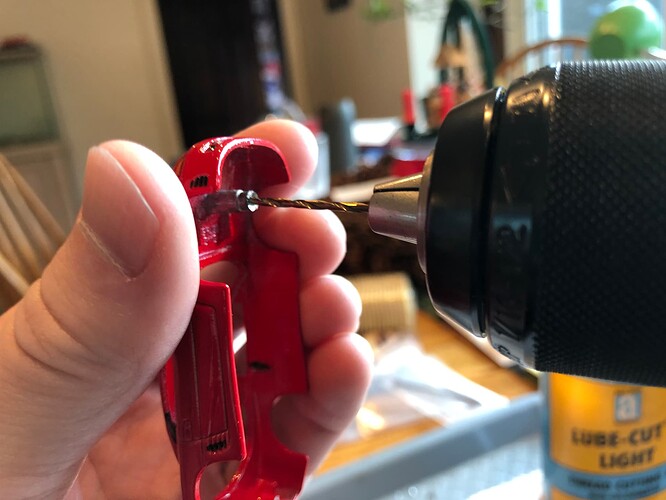 Tap threads with a #2-56 tap (careful to get to started straight, use cutting oil, follow standard guidelines for tapping threads, I used some tape on the tap as a depth guide): Test fitting the screws with the body and base reassembled: 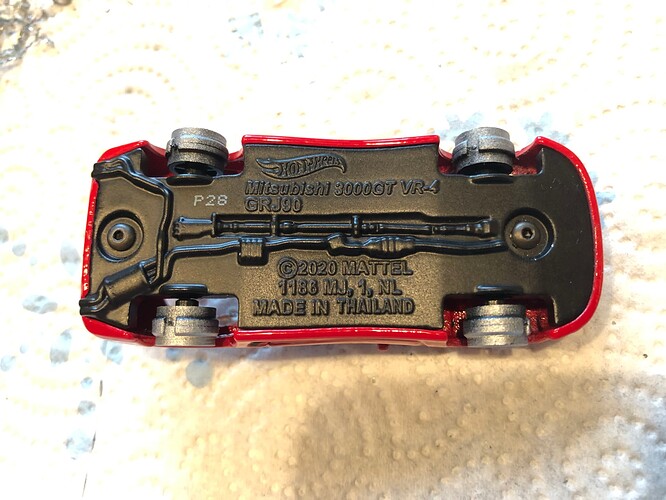 To remove the old wheel sets, you need to grind away the tabs holding the axles. I used a small Dremel grinding bit: 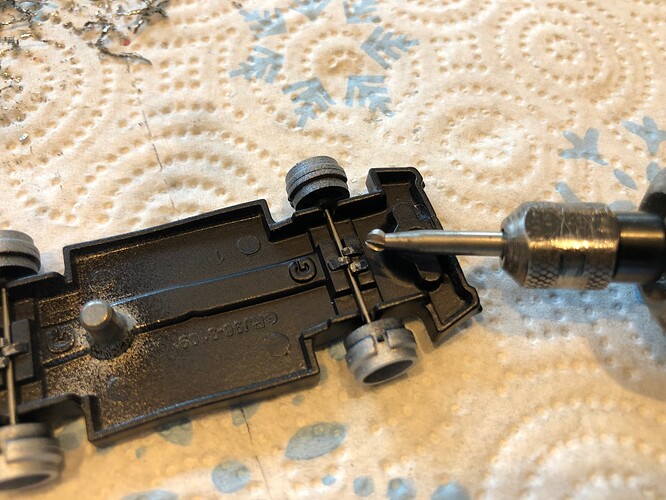 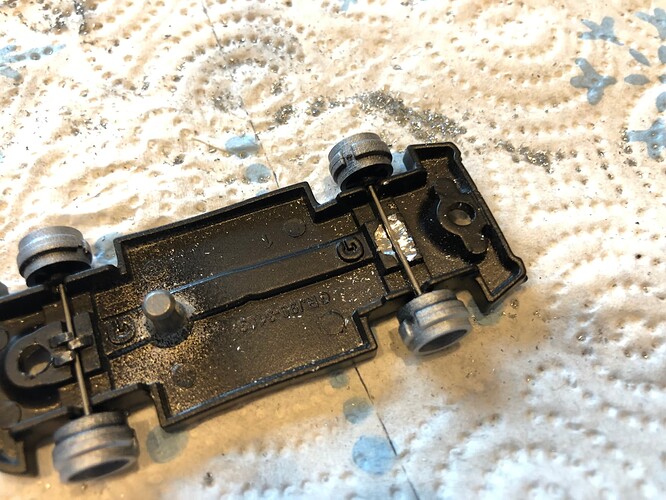 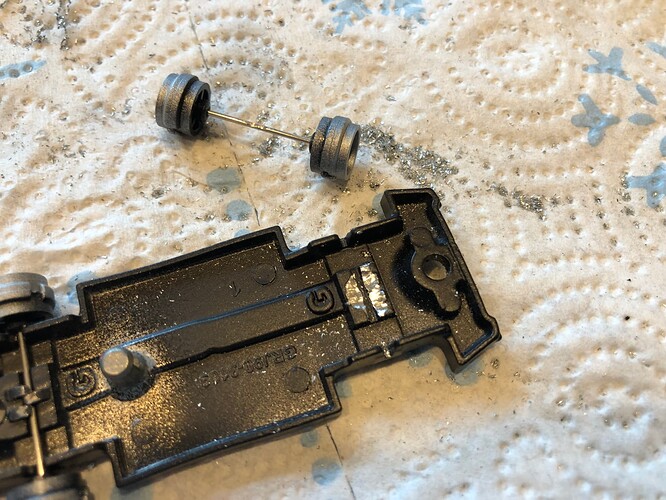 Before reassembly, you can also touch up any spots where you nicked paint on the base while drilling or grinding. I found that matte black acrylic paint is a near perfect match to the original black paint on the base.

The tires that came with my new wheels were actually a bit larger than the original tires. Luckily, the tires are easy to swap between wheel sets (they pull right off, and pop back on; no glue, no tools required). Here’s a few comparisons.

Bigger tires that came with the wheels:

Low profile tires that came originally on the car (I think this best matches the real car with stock wheels/tires/suspension): 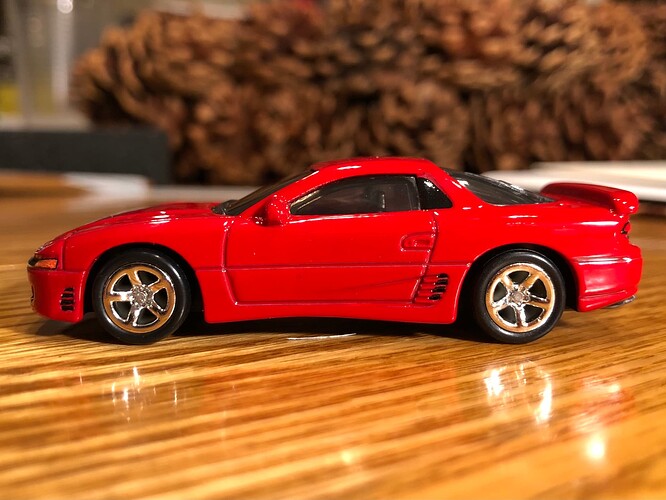 Low profile tires in front, bigger tires in back, for a “drag car” appearance (although, I don’t think the AWD transmission and VCU would like this): Some notes on how I painted the undercarriage: Paint colors I used (mix of brands based on availability at my local hobby store):

Technically, the driveshaft should be black. But it looked “unfinished” when I painted the other parts without doing anything to the driveshaft. So I decided to use a dark gray paint just to make the driveshaft stand out a bit “different” than all the surrounding matte black.

UPDATE: I applied a few light coats of Testors Dullcote (spray can) matte lacquer to seal/protect the acrylic paint, and it really killed the metallic look of the exhaust (forgot to get a picture of this). The exhaust looked almost like it was just painted with gray paint. But that was to be expected with a matte clearcoat.

So then I got some Testors Glosscote gloss lacquer in a jar and brushed a few coats of that onto the exhaust only. It brought back the metallic appearance of the exhaust, and also conveniently changed the color a bit to be a closer match to the color of brand new OEM exhaust pipes!.

Here’s a side-by-side comparison of without lacquer (left) and with lacquer (right). 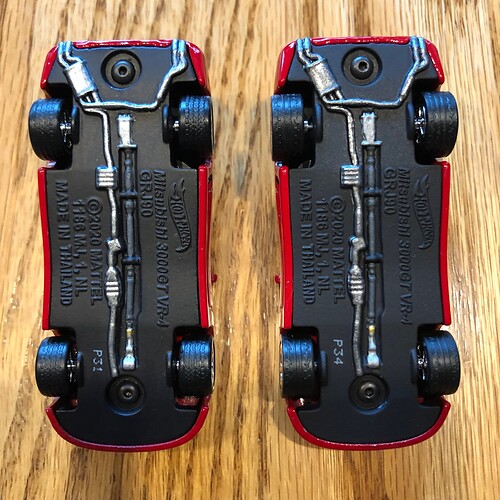 Hard to capture the look of it properly on camera, but it actually looks pretty close to this: 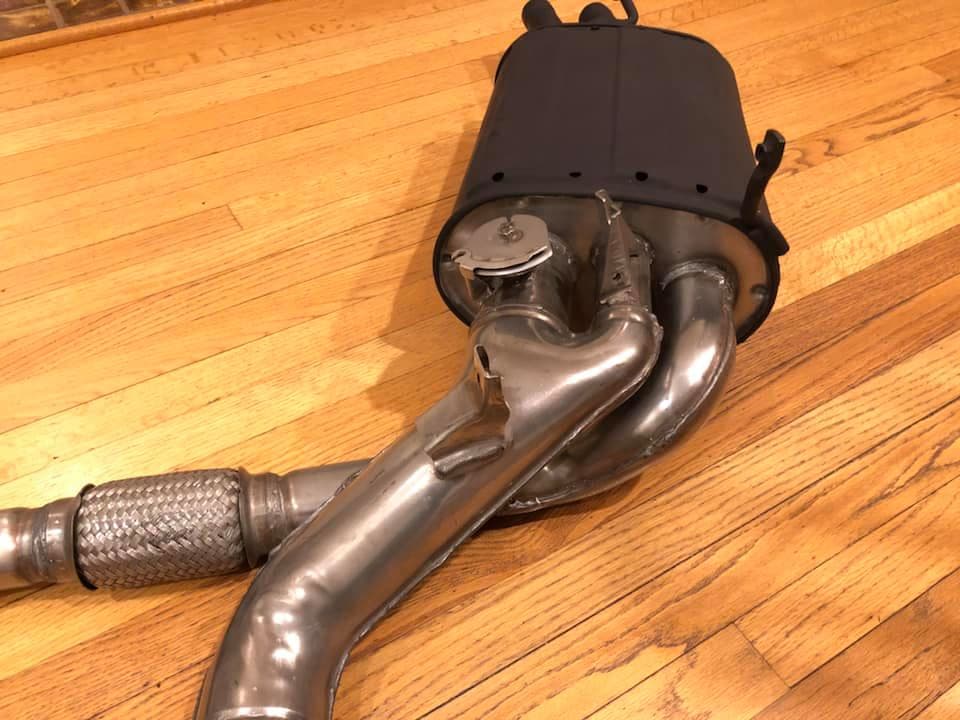 That’s a never-installed (at the time of the photo) OEM active exhaust muffler.

Or are you referring to the apparent rough “texture” of the paint making it look badly aged? I think that’s an optical illusion in the photo caused by the metallic paint, brightness/contrast, etc. Metallic flakes in the paint are relatively large compared to the size of the exhaust, so it creates a grainy appearance in photos, but looks “shimmering” in person. The non-lacquered exhaust looks comparatively smoother in that picture partly because it is lighter and some areas are over-exposed a bit (the muffler, for example).