Ok update on my wiring gremlins this may require a serious guru, the pic below shows my issue, after chasing a headlight popup issue a while back (you may have seen my video) I pulled the fuse box out to check everything after the front end rebuild and after putting it back together lost everything but the indicator lights on the dash (I posted some pics of that in a post too) anyway today after a couple of months off I pulled the fuse box out again and realised there was a bad earth on one of the two, I’ve traced one side to an earth but the other has a break does anyone know where the other end may be? I know I could just run another but I’d like to know in case it affects anything else. I hope this makes sense my descriptive writing isn’t the best 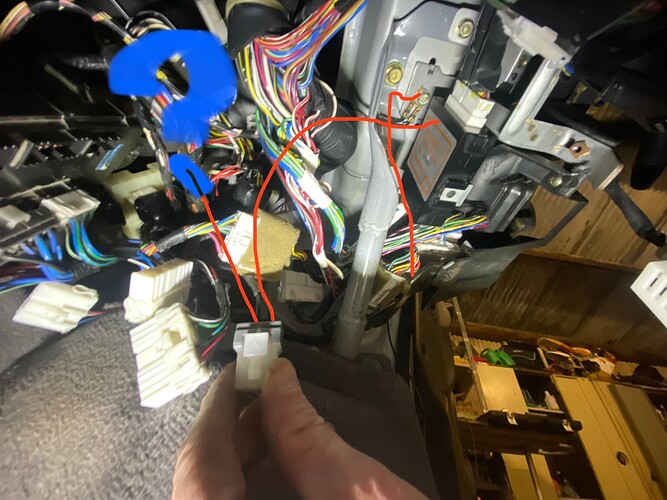 Does that plug into the switch that keeps the light forced up when turning off the lights???