Oil Leak, Difficult to Nail Down

Hello all my name is: Dan
I have a: 1993 3000GT VR4
It has the following issue: I’ve been fixing up my VR4 for a number of years now. It’s had a small oil leak for a while and I finally decided to tackle it. I figured it was leaking from the valve cover in the rear because it had a small chip along the gasket, so I put in some oil dye and used a black light. The leak seems a lot worse than I thought and I’m not entirely sure where it’s originating from because there is oil in a lot of places. Currently the valve covers are off and and I’m also working on replacing the motor mounts. The oil seems to be dripping down the backside of the engine from somewhere, along some components (oil pressure sensor, etc) and splashing onto the driver’s side CV axle and the oil pan. I initially thought it could be the oil pan seal, but that seems mostly clean, except where the lowest pulley attaches to the timing belt. But there is no oil I can see on the belt itself.

I’ve attached a number of photos that I took earlier today. The black light might be making it difficult to see in some regards, but I’m hoping it is more helpful than not. Any diagnostic help would be much appreciated! Also, I apologize in advance if the source of the leak is obvious in the photos… I’m not a mechanic, so I’m not sure what I’m looking at. 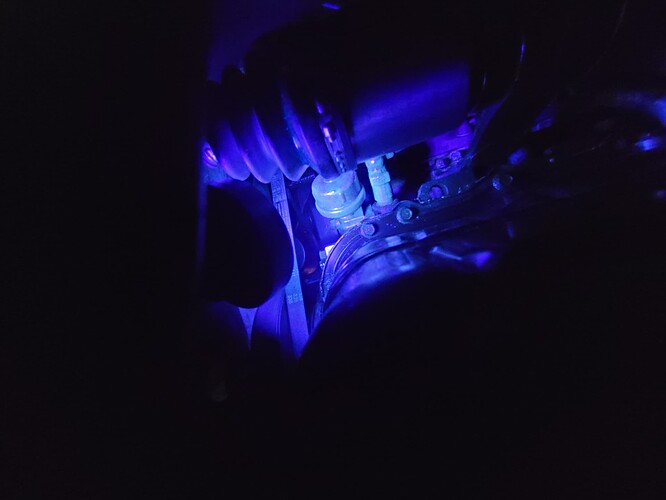 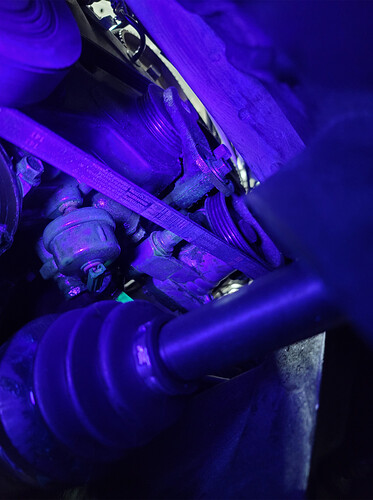 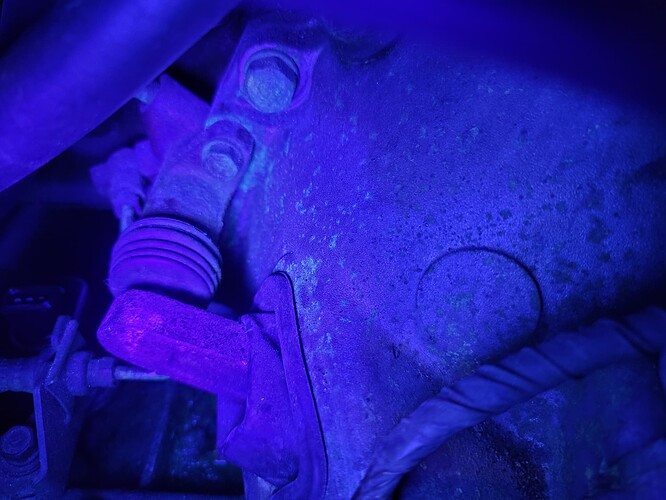 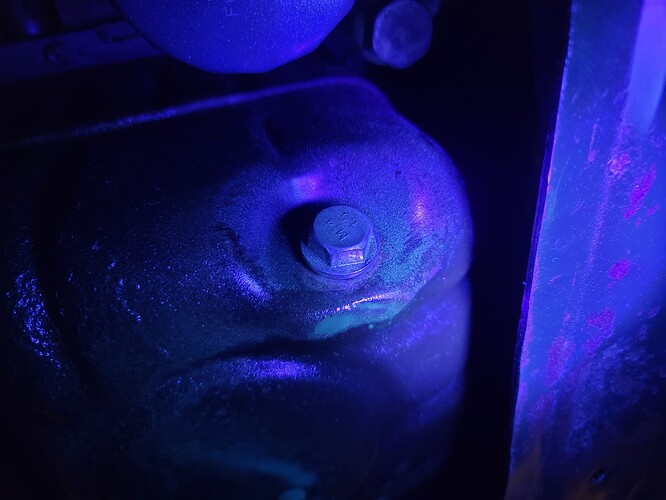 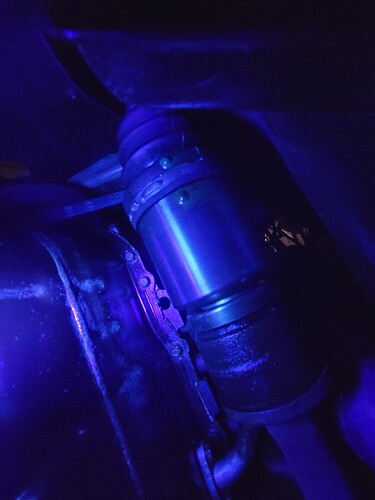 Here are some more pictures: 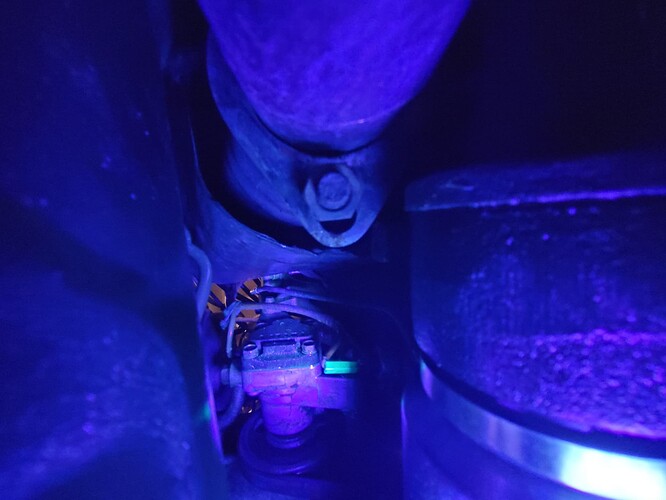 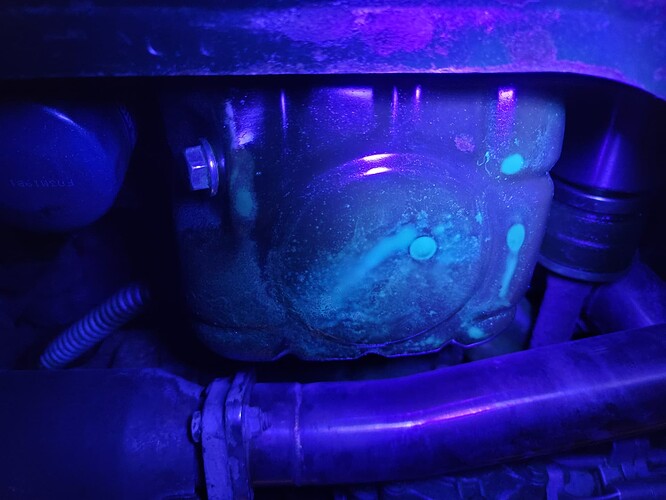 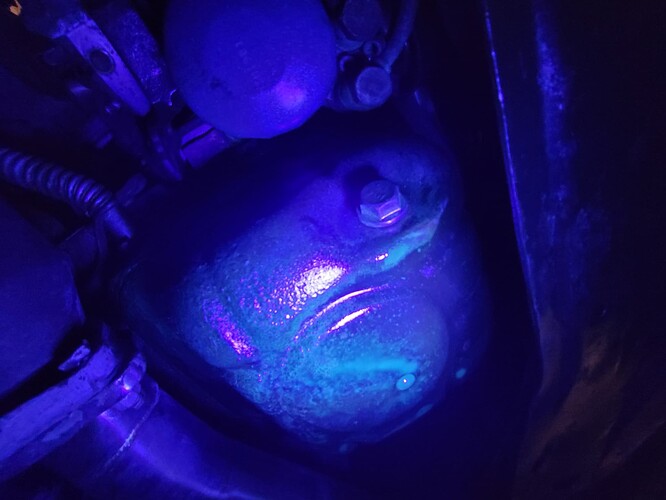 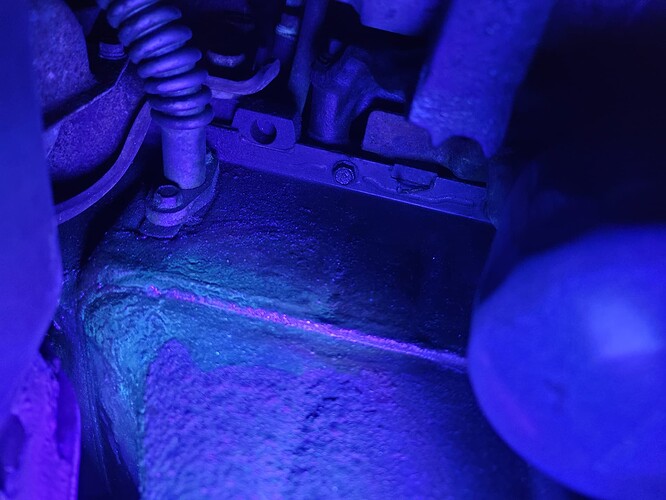 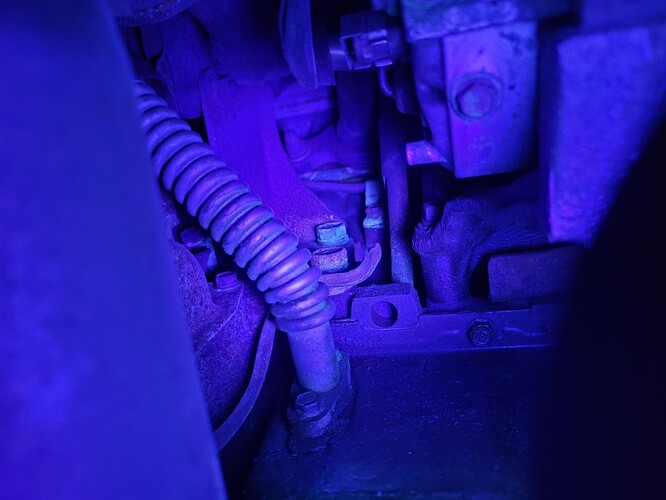 And the final few pictures: 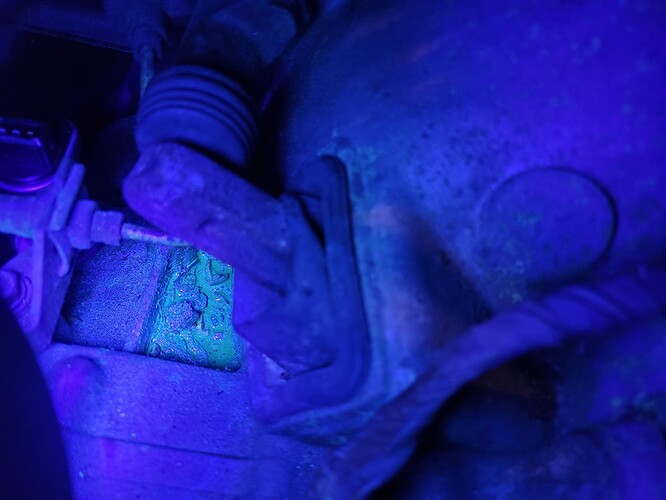 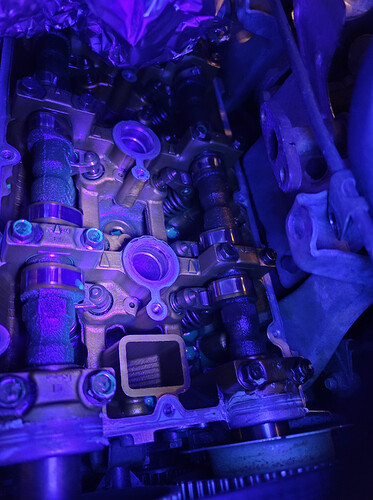 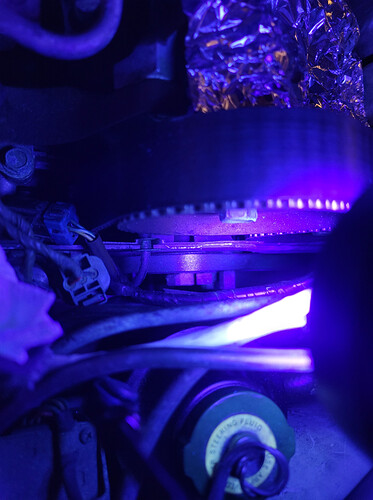 The most common area for these cars to leak oil is from the lower end. Mine tends to leak near the turbos. I noticed the oil return line on my rear turbo had a hole in it; i even bought a replacement line but hadn’t gotten around to swapping it.

I have about 130,000 miles on the motor of my '91 and decided when i get around to fixing the oil leaks, i might as well do an entire motor rebuild, since the car is 31 years old.

My leaks are in the same location as yours.

Thanks for the info! Glad to know I’m not alone in my oil leak misery. I’ll remove the heat shield and see if I can take a look around the turbo + lines.

Probably going to put the beast back together and run the car without driving it to see if I can prevent oil from spitting back up all over things. It’s tough determining what was spatter and what was the source.

Hello friend, if you do decided to do a complete engine overhaul, that shall be the best way to go about adding tons of life to it. very hard engine to work on but it was fun and a learning experience for me on my 92 now I am able to visually see the slightest drop of oil coming out of anywhere just like I did via the oil cooler fittings when I primed it. It is always nice to have a totally clean engine top and bottom free of dirt, rust and whatever to be able to track down any leaks. Yes you can use the dye method but be aware of these chemicals in your oil system.

I did forget to mention, the leak could come from a few places at the back, turbo oil line, oil pressure port and the worst, a cracked block in my opinion.

Thanks for the advice! I wish I had the time and workspace available to invest in a rebuild. But life keeps getting in the way. One day, I’m sure I’ll get there, but I’m hoping the leak is something that can be fixed without tearing the whole engine out or replacing something like the block. I’ll check the areas you suggested and see what I can find. I’ll be sure to flush the oil and replace it after making and changes.

My pleasure, I shall be posting a youtube video on this issue that has been raised several times over the years. Issue of rear engine oil leaks. I have yet to put on stuff so it shall be easy to see what possible areas can we have oil leaks that is absolutely hard to trace and a nightmare for some.

check out this video

opps wrong one here is the correct link

This video was super helpful! Really appreciate you taking the time to put this together. I hope it helps a number of other folks trying to track down oil leaks! Seeing those bits of the engine without having all the other parts in the way makes it really easy to then go and find things on my car. Also appreciated your insight into how everything was connected, and suggestions on why things might leak and how to trace them.